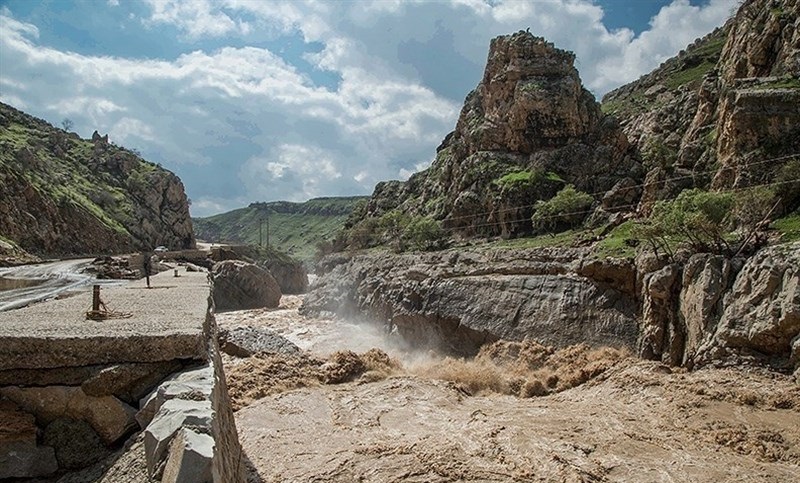 According to local reports, four people lost their lives in the cities of Aligudarz, Kuhdasht, Pol-e Dokhtar and Khorramabad in Lorestan province as a result of flooding.

Among them was a little girl who was drowned in Khorram Rud.

The flash floods have also destroyed homes and bridges across the province.

At least eight villages and parts of the town of Dorud were being evacuated. Officials have said the government would compensate residents for flood damage.

Iranian police and security officials are advising people to stay home and postpone their New Year travels on April 1-2 as extreme weather conditions continue to grip most of the country.

Energy Minister Reza Ardakanian, who is in charge of water resources, said authorities were working round-the-clock to "control floodwaters and to minimize possible damage".

Meanwhile, all flights have been canceled in the western city of Sanandaj in Kurdistan province amid warnings of landslides and floods.

Orders have been also issued in the northern city of Khalkhal, Ardebil province, urging all people living by the riverside to evacuate their homes.

A state of emergency has been also declared in the southwestern Iranian province following heavy rain and the threat of new flash flooding.

Flooding has left scores of people stranded and continues to cause damage in several areas in south, north, and west of Iran.

The floods, caused by torrential rain, have affected over 25 of Iran’s 31 provinces in recent days, with Golestan in the north and Fars in the south, among the most severely affected ones.

More than two dozen people have been killed as a result of the flooding countrywide. The southern city of Shiraz, the capital of Fars province, with 19 deaths that occurred during Monday's floods accounts for the highest number of casualties.

Commander of Iran’s Army Major General Abdolrahim Mousavi and Commander of the Islamic Revolution Guards Corps (IRGC) Major General Mohammad Ali Jafari have traveled to the flood-affected areas to inspect relief operations there and speed up handling and support for the rescue efforts.