TEHRAN (defapress) – Terrorist groups continued to breach the de-escalation zone agreement with the Syrian government by shelling residential neighborhoods in the city of Masyaf in western Hama province.
News ID: 76667 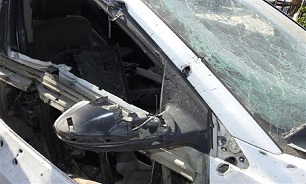 SANA reported that terrorists positioned in the countryside of Hama and Idlib on Sunday morning fired rocket shells on residential neighborhoods in Masyaf.

The report added that 4 civilians were killed in the attacks and 14 others were wounded, in addition to material damage to some houses caused by the shell fire.

Meanwhile, another report indicated that the Syrian army, in a retaliatory attack, targeted the areas where the shells were fired, inflicting heavy losses on the terrorists and destroying their equipment.

On Saturday, a civilian was also killed after citizens’ houses were targeted by another terrorist shelling attack in Hama northwestern countryside.