TEHRAN (defapress) – Iranian Foreign Minister Mohammad Javad Zarif said members of the Trump administration, as well as other countries in the Middle East, are “dragging the United States into a conflict” with Iran.
News ID: 77058 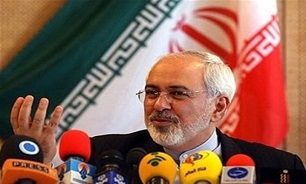 “They have all shown an interest in dragging the United States into a conflict,” Zarif said in an interview with Fox News Sunday’s Chris Wallace set to air on Sunday.

Among those Zarif suspects of wanting to escalate tensions are National Security Advisor John Bolton, Israel, Saudi Arabia, and the United Arab Emirates.

Wallace asked if they’re “all trying to exercise regime change?”

“At least, at least,” Zarif responded.

Zarif has traveled to New York for of a High-Level Plenary Meeting of the General Assembly to commemorate and promote the International Day of Multilateralism and Diplomacy for Peace, held on Wednesday.

The top Iranian diplomat also delivered a speech to the UN General Assembly on the threat of US unilateralism in the world.