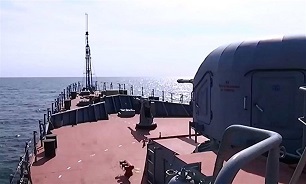 "On July 27, the coordinated work of the Russian diplomatic agency led to a release of the fishing boat Xiang Hai Lin 8. At 16:00 local time, captain Verevka was informed by the North Korean side about the release. At 19:30, the vessel left the Wonsan port’s pier and headed to Sokcho (South Korea), where two South Korean crewmembers will come ashore," the diplomatic mission’s statement reads.

A crewmember told TASS that "the vessel was released without any fines, the incident is over." "The full crew is aboard the ship, everyone is feeling well," he said. "(The ship) is expected to arrive on Sokcho shortly."

The ship-owner company said that the vessel entered a certain 50-mile zone the Russian was unaware about, which was cited as the reason behind the detention. Until July 27, the ship was stationed in the Wonsan port.

Xiang Hai Lin 8 was built in 2015 and flies the Russian flag. The Northeastern Fishing Company owns the boat and is registered in the Island of Sakhalin.