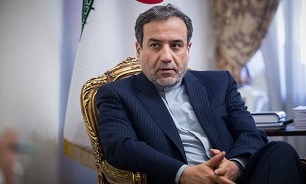 “Consulting with Afghanistan’s neighboring countries and easing their worries will guarantee the Afghan government’s success in the implementation of any peace agreement,” Araghchi said in a meeting with UN Secretary-General Antonio Guterres' Deputy Special Representative for Afghanistan Ingrid Hayden in Tehran on Tuesday.

The Iranian diplomat expressed doubts about the US intentions in Afghanistan, reiterating the need for the adoption of regional approaches and for the active partnership of the neighboring states for the advancement of the peace process with the Afghan government having the pivotal role and being involved.

The diplomat also rejected the policy of elimination and unilateralism in the peace process and described consultations with all Afghan political factions as the condition for achieving sustainable peace.

The two sides also discussed the prospect of future political developments, particularly the presidential election and the peace process in that country.

Araghchi also voiced support for the coming presidential election of Afghanistan in September, highlighted the helpful assistance that the UNAMA’s potential could provide for the Afghan government in holding a transparent and fair presidential election, and called on the United Nations to play an active role in this regard.

The two sides also talked about the presence of ISIL terrorists in Afghanistan as a threat to peace and security in the region, and about the necessity for cooperation in the fight against the terrorist group.