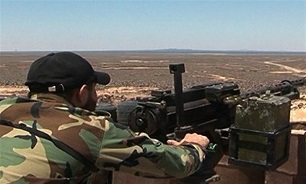 The source added that the army forces managed to establish control over town of al-Sakhir, Tal al-Sakhir , and Sawam’a al-Jaisat after storming and destroying the terrorists’ gatherings and their fortified positions during fierce clashes with the militants.

The report also indicated that sporadic clashes are still underway as the army pursuing remnants of the fleeing terrorists in the region.

The area, where the clashes broke out, is located in a planned buffer zone, which surrounds Idlib and also parts of the adjacent provinces of Aleppo and Hama.