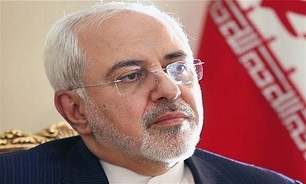 In a message to al-Houthi, Zarif expressed condolences to him, his family and the resistant and patient nation of Yemen over the martyrdom of his brother, Ibrahim Badreddin al-Houthi.

He further condemned al-Houthi’s assassination as a “big crime” that indicates weakness and desperation of the aggressors.

Zarif also said that the martyrdom of al-Houthi will not only strengthen the Yemeni nation but also reveal the rightfulness and legitimacy of this ardent nation.

A statement from the Interior Ministry of Yemen said on Friday that the mercenaries of the US and Saudi regimes had killed Ibrahim Badreddin al-Houthi.

The ministry further described Ibrahim al-Houthi as “one of the best men of the homeland” and a “brave” fighter who dedicated his life to the cause of God and defended his beliefs and homeland.

Yemeni sources said Ibrahim al-Houthi's body had been discovered in a house in the city of Haddeh in Yemen's west-central Sana’a province.