TEHRAN (defapress) – South Korea, China and Japan are likely to hold a trilateral meeting of their foreign ministers later this month, a Seoul official said Tuesday, despite high tensions between Seoul and Tokyo over a diplomatic and trade row.
News ID: 78384 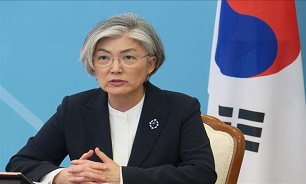 Should the meeting take place in China, the chances are high that South Korean Foreign Minister Kang Kyung-wha and her Japanese counterpart Taro Kono will have bilateral talks, the official said, though no final decision has been made yet over either trilateral or bilateral talks.

"It is correct that we're working on a plan to hold it," the official told Yonhap News Agency on condition of anonymity. "We may soon be able to tell you when it will take place."

The three countries have been organizing a meeting of their foreign ministers to discuss preparations for a possible annual trilateral summit of their leaders. The last summit was held in Tokyo in May last year.

Asked about whether the talks between Kang and Kono would also be held despite talk of the need for a cooling-off period between Seoul and Tokyo, the official said that the meeting, if it materialized, would be a good opportunity to ease tensions in the bilateral relationship.

"When the three foreign ministers met in the past, there were bilateral talks on the sidelines," the official said, noting that no decision has been finalized yet.

"Communication channels between the diplomatic authorities of South Korea and Japan remain open as always, and even if we would not be able to expect much from the talks, (the bilateral talks) would be meaningful, I believe," he added.

Tensions still run high after Japan imposed tighter controls on exports to South Korea of three materials key to the manufacturing of semiconductors and displays last month and removed the neighbor from a list of favored trade partners this month. On Monday, Seoul also dropped Tokyo from its own list of preferred trade partners.

Japan argues that all reparation issues, stemming from its colonial rule, have been settled under a 1965 state-to-state treaty that normalized bilateral ties. But the top court recognized victims' individual rights to claim damages from Japan's illicit occupation of the peninsula.