TEHRAN (defapress) – German Chancellor Angela Merkel on Wednesday called for a stronger EU, to address challenges originating from growing competition between the world powers, the US, China and Russia.
News ID: 78674 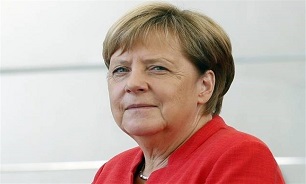 Opening a debate on annual budget in the lower house of parliament or Bundestag, Merkel admitted that the UK’s exit from the EU has potential to make the bloc weaker, at a time when it should play a stronger role.

Merkel called on EU member states to take necessary steps in the coming months, to make the bloc a strong global actor, which would advocate multilateralism.