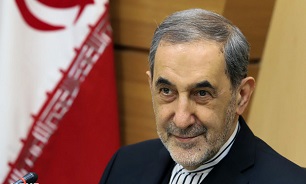 In a meeting with the visiting Foreign Secretary of India Vijay Keshav Gokhale in the Iranian capital of Tehran on Tuesday, Velayati expressed hope that the situation would improve for the Muslims there.

On August 5, India revoked the semi-autonomous status of Kashmir. It deployed troops to the region to stymie potential protests, imposed severe restrictions on movement, and cut all telephone and internet services.

The controversial move angered both Pakistan, which controls the other part of Kashmir, and the local population.

Elsewhere in his remarks, Velayati referred to the economic ties between Tehran and New Delhi, expressing hope that the expanding relations will go on despite the United States’ cruel sanctions against the Islamic Republic.

The two countries enjoy longstanding ties in various sectors. Iran is the third largest oil supplier to India after Saudi Arabia and Iraq. Iran is India's sole gateway via land to Afghanistan and provides a shorter route to Central Asia and Eastern Russia via Chabahar Port.

Besides, the International North-South Transit Corridor (INSTC), currently under negotiations, will connect Mumbai with St Petersburg in a shorter time period via Iran than current transportation link.