TEHRAN (defapress)- Top Military Aide to the Iranian Supreme Leader Major General Yahya Rahim Safavi underlined that the country's Armed Forces are vigilantly tracing the US moves in the region from the Mediterranean to the Indian Ocean.
News ID: 78802 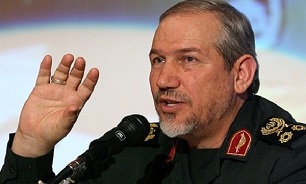 "Our Armed Forces enjoy the experiences of 8 years of Sacred Defense (Iraqi-imposed war against Iran in 1980s) and they monitor the US completely in a way that we have intelligence superiority over the US and monitor the US moves from the Mediterranean to the Indian Ocean," Rahim Safavi said in an interview with the state TV on Monday night.

He noted that Iran has attained a deep defense strategy, saying, "We have extended our defense borders to the Mediterranean from the Persian Gulf and the Indian Ocean."

In similar comments on Friday, Rahim Safavi had also warned the US against any act of aggression against Iran, reminding that as Hezbollah Leader said any move against Tehran would throw the whole region in a great turmoil.

Rahim Safavi warned his country’s regional and trans-regional enemies that any aggression against Iran or any anti-Iranian move would have serious repercussions for the whole region.