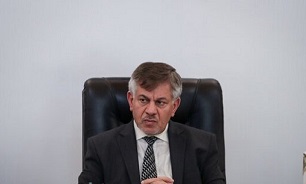 He made the remarks in an interview with Mehr News Agency on Wednesday.

In response to a question on the number of Iranian pilgrims who participated at Arbaeen rituals this year, he said the estimated number stood that about three million Iranian pilgrims.

“Iraqi government has mobilized all its forces and facilities for rendering high-quality services to pilgrims in border regions," he said.

Moreover, full security has been provided at border crossings, he said, adding, “major measures have been taken on all routes leading to Karbala for transferring pilgrims to this holy city.”

Turning to the role of Hashd Al Shabi in providing security during Arbaeen ceremonies, he said, “all Iraqi armed and police forces, Hashd Al Shabi (Popular Mobilization Forces) and intelligence services of the country provide full security for Arbaeen pilgrims.”

He then responded to a question on trade transactions between the two countries, saying “Iran and Iraq enjoy high potentials for boosting trade activities.”

He put the current trade volume exchanges between Iran and Iraq at about $12 billion, expandable to $20 billion under the new agreement made between the two countries.