TEHRAN (defapress) – The director of the Russian Foreign Intelligence Service made room for doubt about the death of Abu Bakr al-Baghdadi, the former ringleader of Daesh.
News ID: 79299 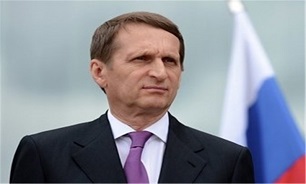 “We have no information or genetic samples that would prove this conclusively,” Sergei Naryshkin told the Tass news agency.

US President Donald Trump announced late last month that Baghdadi was killed during a US special operation in Syria that culminated in him detonating a suicide belt.

“His body was mutilated by the blast, but test results gave certain and positive identification,” Trump said the next day on Oct. 27.