TEHRAN (defapress) – Iranian Foreign Minister Mohammad Javad Zarif met and held talks with a Taliban delegation in a bid to facilitate returning of peace to the neighboring country.
News ID: 79385 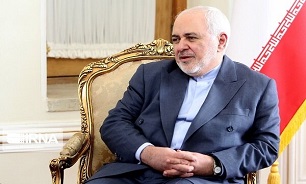 A Taliban delegation headed by Mullah Abdul Ghani Baradar, the deputy political chief and head of the political office of the Taliban in Qatar, held a meeting with Foreign Minister Zarif on Tuesday in Tehran.

The Iranian minister pointed to Tehran’s readiness to help establish and boost intra-Afghan talks with the participation of the Afghan government and all other influential political groups.

Zarif also said that Iran is ready to enhance economic and cultural ties with the neighboring country.

The meeting was held in continuation of Tehran’s efforts to return peace and stability to Afghanistan and aimed to persuade different groups to engage in Afghan-Afghan talks, promote dialogue as a solution to differences, and support all Afghan forces to cooperate for establishing security in the country after the withdrawal of foreign forces.