Worsening Situation Output of US’ Unilateralism

TEHRAN (defapress)- Deputy Foreign Minister Seyed Abbas Araqchi said that the deteriorating situation of the nuclear deal of 2015, officially known as the Joint Comprehensive Plan of Action, is the direct result of the US unilateral withdrawal from the JCPOA, adding that Tehran’s measures are intended to save the moribund agreement.
News ID: 79465 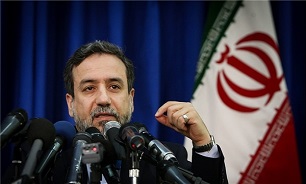 "The current situation is a result of the US' unilateral withdrawal from the JCPOA, and the only solution is the lifting of sanctions and return to diplomacy," Araqchi said on Monday, speaking at a special panel of the 1st Tokyo Global Dialogue Summits in the Japanese capital.

In response to the move, Tehran has so far rowed back on its nuclear commitments four times in compliance with Articles 26 and 36, but stressed that its retaliatory measures will be reversible as soon as Europe finds practical ways to shield the mutual trade from the sanctions.

Before heading to Japan, on Sunday, Araqchi had a 4-hour meeting with his Chinese counterpart Ma Zhaoxu. After meeting with Ma, Araqchi said that Beijing has reassured Tehran that it is firmly after preserving the JCPOA, and against the US unilateral measures.

In a joint press conference with Araqchi on the same day, Ma called on European countries to speed up the implementation of the INSTEX trade mechanism for Iran, while urging the US to return to the nuclear deal and lift sanctions against Iran.

Iran and China will make every effort to preserve the nuclear deal (JCPOA), the Chinese diplomat said, while attributing the current unfavorable situation around the JCPOA to the US’ withdrawal from the agreement and its ‘maximum pressure’ policy on Tehran.

Ma then referred to his earlier meeting with Araqchi, saying the two sides reached a proper consensus on the current status of the JCPOA.

“Preserving the JCPOA requires respecting multilateralism, the rule of law and refraining from unilateralism and hegemony,” he added.