TEHRAN (defapress) – An official in the Yemeni oil company said on Saturday that the Saudi-led coalition continues to hold 10 Yemeni ships laden with fuel and flour.
News ID: 79714 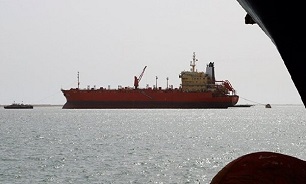 Nine ships carry some 240,000 tons of fuel and one of them is carrying flour, he told the Arabic language al-Masirah television network, adding that the detainment comes as all the ships have already obtained the required permits. He said that the aggression forces are preventing the ships from entering the key port of Hudaydah.

He pointed out that these ships have been in detention since the beginning of last November, and the first vessel has been held for 51 days.

He held the aggression forces and the United Nations responsible for the repeated violations of the Sweden agreement.