Resistance Groups Take on US First, Iran Comes Next 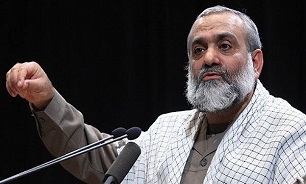 "Consequences of the US confrontation against us will be very painful for them," General Naqdi said in an interview with the state TV on Saturday.

"The revenge will come for sure and the US should not send messages and letters in vain (to dissuade Iran)," he said, adding that the US has mobilized all its friends and allies to ask Iran to refrain from reaction.

General Naqdi said that the revenge will be taken first by the resistance forces in the region whose reaction cannot be controlled by anyone and they decide for themselves, adding that Iran's retaliation will come in the second phase and the country will certainly take revenge.

"Revenge is the demand of both Iranian and Iraqi nations (but) the Americans do not enjoy the capacity for an extensive military confrontation at all," he underlined.

"If the Americans want to remain safe, they should dismantle their bases and leave (the region)," General Naqdi said.