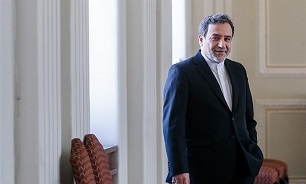 In remarks on Sunday night, Araqchi described the move by AFC as “unfair” and said the Saudis tried to misuse the opportunity given the recent deaths of innocent people in Iran.

They (Saudis) wanted to link the killing of the people to their own political objectives and deprive Iranian teams of their right so that they can win the competition, which is aimed at international friendship, the diplomat added.

The cancellation of Iranian clubs’ hosting of matches in Asian games was a politically-motivated move and Saudi Arabia should be opposed for “this unfair abuse”, he stressed.

The Football Federation of the Islamic Republic of Iran (FFIRI) has said it would stand up to the “illegal” decision by the AFC to ban the country from hosting any international matches on Iranian soil.

Federation chief Heidar Baharvand said the federation and managers of the four teams playing in the AFC Champions League held an extraordinary meeting on Saturday and decided unanimously to reject the decision.

The federation on Friday said it had received a letter from the AFC saying all matches involving Iranian clubs would be held at a neutral venue.