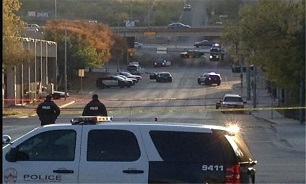 Police received calls of shots fired around 8 p.m., San Antonio Police Chief William McManus said in a news conference. There seemed to be some kind of altercation inside the club between individuals or a group, McManus said, and that's when the shots were fired.

Police are looking for one suspect, he said, adding that it's still unclear whether the shooting was indiscriminate or targeted.

"I'm confident that we will identify the individual and have that person in custody sooner than later," the chief said.

One 21-year-old male was found dead inside the club. Another victim died after being found in critical condition.

The last victim arrived at the hospital themselves, Arrington said.

The police chief said officials are still looking into the incident and that the "investigation is not nearly complete."