TEHRAN (defapress)- Afghanistan entered a fragile phase due to the controversial release of the results of the country’s September presidential election.
News ID: 80278 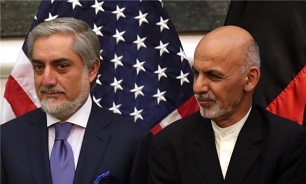 Afghanistan’s Independent Election Commission declared the final results of the disputed election and named incumbent President Ashraf Ghani as the winner. Soon after, Ghani organized a gathering in the presidential palace and dedicated his victory to the people of Afghanistan, presstv reported.

Ghani called on all players to forget about rivalry and focus on joint cooperation.

The story does not ends with Ghani’s remarks as his main rival Abdullah Abdullah strongly opposed the declaration of the election results and blamed the election commission for working in favor of his rival.

Many other political leaders and presidential election candidates have also showed their disagreement with declaration of election results blaming electoral bodies for violating the law.

Afghan first Vice President General Abdurrashid Dostum has also backed the stance of Abdullah in order to form what he named an inclusive government.

In the meantime, the Taliban militant group said in a statement, that the election results contradict the content of the peace process.

But in such circumstances, for sure Afghanistan doesn’t want to drown deeper into political quagmires since the war-torn country already has enough problems to deal with.