TEHRAN (defapress) – European Union (EU) leaders have blasted US President Trump’s decision to ban travelers from the US as global air traffic takes a steep dive in light of coronavirus.
News ID: 80479 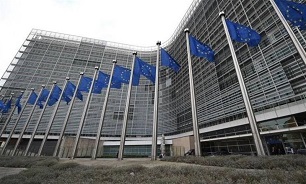 “The European Union disapproves of the fact that the US decision to impose a travel ban was taken unilaterally and without consultation,” they said.

“The coronavirus is a global crisis, not limited to any continent and it requires co-operation rather than unilateral action.”

The leaders said the 27-member bloc is “is taking strong action to limit the spread of the virus.”

In Brussels, EU officials fumed the US leader was “kicking a man when he’s down” and slammed the slow US response to the outbreak, news.com.au reported.

“If he wants the EU to be the culprit, so be it. It’s erratic, unilateral and creates a lot of problems that are unnecessary,” one envoy said.

“Trump is simply kicking a man when he’s down. He wants to appear to be in control, but in seven days it will be clear that he is not,” he said, in reference to the spread of the disease in the US.

“This is going to be serious. What airlines will still exist when this is all over?”

UK Chancellor Rishi Sunak, said he would be “guided by science” when it came to travel bans, despite the fact Britain is exempt from Trump’s decision.

“The advice we are getting is that there isn’t evidence that interventions like closing borders or travel bans are going to have a material effect on the spread of the infection,” he said on Thursday.