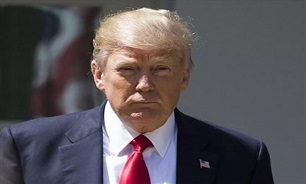 A deadly prison riot in Columbia triggered by concerns over the virus highlighted the deepening sense of panic around the world as unprecedented government containment efforts have failed.

The death toll from the virus has surged to more than 14,400, according to an AFP tally, with Europe the epicentre but the situation worsening from Pacific islands to Africa and the United States.

"We're at war, in a true sense we're at war," Trump said on Sunday as he ordered emergency medical stations with 4,000 beds to be deployed to California and other worst-hit areas.

More than a third of Americans are under various forms of lockdown, including in New York, Chicago and Los Angeles, but the number of infections in the United States has continued to climb.

Highlighting the desperation inside the world's biggest economy, the mayor of New York said his city was just 10 days away from running out of ventilators.

And a trillion-dollar Senate proposal to revive the US economy crashed Sunday after receiving zero support from Democrats, further traumatizing investors who are watching stock markets implode worldwide.