TEHRAN (defapress)- Secretary of Iran's Expediency Council (EC) Mohsen Rezayee warned against the repercussions of holding talks with the US, and said that Donald Trump is looking for a winning card to secure his success in the upcoming presidential elections.
News ID: 81257 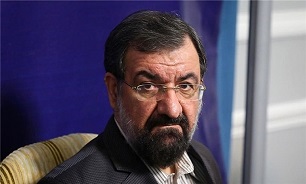 “Trump has said that now it’s time to come and negotiate with him. Negotiation with you is a poison even after you come out of this self-made quagmire,” Rezayee, the former commander of the Islamic Revolution Guards Corps (IRGC), tweeted on Friday night.

"Right now you are stuck in a quagmire," he added.