TEHRAN (defapress)- The Iranian legislators are preparing a bill to fight against the US enmity and economic embargos against the country, an MP said on Sunday.
News ID: 81323 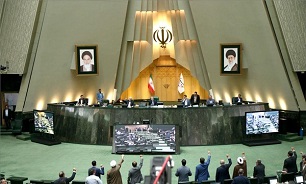 "Preparing the plan to confront the US hostile measures and economic sanctions against our country has started at the parliament," Abolfazl Aboutorabi told FNA.

He added that the plan is now being signed by the Iranian lawmakers, adding that it will be submitted to the presiding board to be approved and turned into a law.

The US Treasury Department announced in May new sanctions against the Great Tehran Penitentiary in Iran's capital, the Law Enforcement Forces Cooperative Foundation, and Qarchak Prison and Police Chief Brigadier General Hossein Ashtari. The sanctions are also imposed on a number of other officials in the Iranian Police.