Taliban Has No Office in Iran

TEHRAN (defapress)- Iranian Deputy Foreign Minister for Political Affairs Seyed Abbas Araqchi dismissed claims that Taliban has opened an office in Iran, saying that the US is an ally of the militant group and has made an agreement with them on Afghanistan’s future.
News ID: 81583 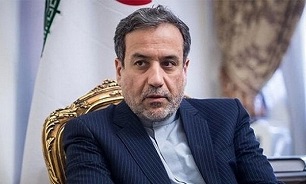 “They (Taliban) have no office in Iran,” Araqchi said in an interview with Afghanistan’s Tolou news channel on Sunday.

He added that Iran has had contacts with all Afghan groups, including the Taliban, in the past few years to help establish peace in the country, noting, “It is a clear reality that the US calls itself as Afghanistan’s ally and has, meantime, negotiated and made a deal and agreement with the Taliban. We do not have such relations with the Taliban.”

“The US has officially talked with Taliban in the absence of the Afghan government and made a deal on Afghanistan’s future,” Araqchi said.

Asked about allegations that Iran is equipping the Taliban with weapons, he advised the Afghan media not to be influenced by those who want to display Iran as Afghanistan’s enemy.

At the conclusion of his visit to Iran on June 21-22, Atamar and Iran’s Foreign Minister Mohammad Javad Zarif issued a joint statement, defining the road for bilateral cooperation in various fields, including common border security.

Araqchi and Afghan Acting Minister of Finance Abdul Hadi Arghandiwal in a meeting in Kabul on Wednesday discussed ways to accelerate implementation of economic approvals between the two countries.

Araqchi and Arghandiwal emphasized the facilities of economic cooperation, joint planning, and cooperation development between the two countries.

Araqchi is also due to meet with other Afghan officials on Thursday and attend a meeting on at the Institute for Strategic Studies in Afghanistan.