Iranians' distrust of US hits its highest in recent months

TEHRAN (defapress) – Referring to the Iranians’ unprecedented distrust of the US in the post-revolutionary years, Abbas Moghtadaei said that this has lead to Iran's administration to look forward to establishing long term relations with Asians.
News ID: 81838 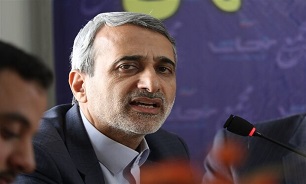 Opinion polls conducted in different periods of the country show that today, in Iran there is the highest consensus on non-negotiation with the United States, Deputy chairman of the Parliament National Security and Foreign Policy Committee announced, and added, “ According to these surveys, Iranians’ national distrust of the United States is at its highest level in the post-revolutionary years.”

He went on to say, “Today, all parties, movements, individuals, influential figures, and the public agree that not only the US is not trustworthy, but also they believe that everyone should be suspicious of all the behaviors and promises of the US officials.”

Accordingly, the greatest extent of Iranians' distrust has occurred in recent months, and this has led Iran’s administration to look forward to establishing long term relations and cooperations with Asian governments, he underlined.

Elsewhere in his remarks, he expressed hope that Iran can strengthen ties among Asian countries, and this will result in reducing the US influence in Asia, specifically in the Persian Gulf region and West Asia (Middle East).