US plan to restore Iran sanctions to erode UNSC’s authority

TEHRAN (defapress) – The US attempt to restore sanctions on Iran might trigger a serious scandal at the UN Security Council and eventually undermine its authority, said the Russian Foreign Minister Sergey Lavrov.
News ID: 81849 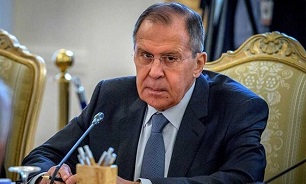 "We are working with our US partners and other Security Council members in New York and in capitals. We understand that the vast majority of nations realize the incorrectness and counter-productivity of this attempt,” Lavrov said in an interview with Rossiya-1 TV channel, Tass reported.

According to the transcript of the interview, posted on the Russian Foreign Ministry’s website, Lavrov expects the United States to try to restore international binding sanctions against Iran "by using legalistic, quasi-juridicial methods."

"It will produce no result anyway, but it might eventually lead to a very serious scandal and a rift within the UN Security Council, and, in the final analysis, undermine its authority," he added. Russia’s top diplomat recalled that Washington withdrew from the Joint Comprehensive Plan of Action (JCPOA) on Iran’s nuclear program by describing it as a ‘bad deal.’

"The thing is that one of the states behind the consensus resolution on Iran’s nuclear program announced that it would not comply with the obligations it had undertaken, but at the same time demanded that others follow its recommendations," Lavrov said.

"[They] announced that no one can stop the United States when it would decide to punish Iran for allegedly violating the agreement from which the US had withdrawn. Sounds paradoxical and quite clumsy, but this is how it is," Lavrov said.

"The US declared that it would not comply with its obligations - not to impose new sanctions on Iran, to lift the existing restrictions and let the Islamic Republic of Iran participate fully in international trade and economic exchanges. The United States said they were not going to do this and, what is more, will prohibit everyone else from doing this in relation with Iran."

Lavrov also recalled the US attempt to "modernize" the JCPOA, including by extending the arms embargo on Iran, which expires in October 2020.

According to the Russian foreign minister, neither Russia nor other JCPOA participants see any legal, political or moral grounds for "deriding UN Security Council’s decisions and the Council itself in such a brutal fashion."

"We explained it all clearly to our American partners. Nevertheless, they made the decision to submit a relevant resolution. Only one country - the Dominican Republic - voted to support it along with the United States. Russia and China voted against. The remaining 11 members of the UN Security Council, including European countries, abstained from voting on this resolution. Therefore, there even was no need to use the veto, because it is necessary only when a resolution receives no less than nine votes. This time, there were only two," he said.

"Generally speaking, I think they knew what the result will be, but, evidently, they wanted to send a message about their determination to settle this matter, and would attempt to ensure the adoption of a new resolution," the Russian top diplomat added.

The Russian foreign minister went on to say that the US attempt to restore sanctions against Iran is a clear example of how Western nations try to replace the notion of "international law" with "rule-based order."

"There have been many examples of this, and they are becoming more and more frequent. This is a very dangerous tendency," Lavrov added.

"We will try our best to dissuade our US partners from such reckless moves," the minister said.