Moscow Warns Russians of Threat of Persecution from US Intel Agencies 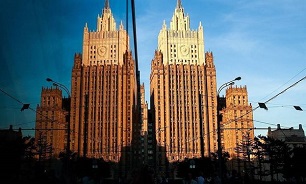 "Following the August 22 arrest of Russian national Yegor Kryuchkov, 27, in the United States… we would like to draw the attention of our fellow citizens travelling overseas to the threat of becoming the subject of persecution from US law enforcement and intelligence agencies," the statement read, TASS reported.

According to the Russian Foreign Ministry, US law enforcement agencies continue to arrest Russians around the world. As many as 56 such incidents have taken place in third countries since 2008, with six occurring in 2019. In this regard, the ministry pointed to the cases of Viktor Bout, Maria Butina, Roman Seleznev and Konstantin Yaroshenko.

"In order to make them [Russians] plead guilty in fabricated cases, they are putting strong psychological pressure on them and make their incarceration conditions unbearable. If our fellow citizens refuse to plead guilty, they are handed hefty prison sentences," the statement added.

The Foreign Ministry emphasized that Russian diplomats did everything possible to provide assistance to Russian nationals, ensure their legitimate rights and speedy return home.

The US Department of Justice said earlier that Kryuchkov had been arrested in Los Angeles and charged with conspiracy to intentionally cause damage to a protected computer.