TEHRAN (defapress) – A member of the Iranian Parliament National Security and Foreign Policy Commission said on Tuesday that the accorded agreement between the UAE and Bahrain with the Zionist regime is accepting humiliation in the name of peace.
News ID: 82020 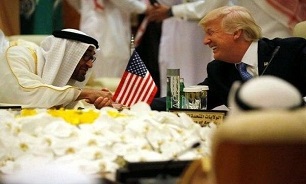 The pact is a betrayal of interests and lack of commitment to the Muslim Ummah and its leaders, Azizi added.

"Unfortunately, Bahrain and the UAE have sacrificed the goals and aspirations of the Palestinian people to the oppressive demands of the United States and its rulers," he said.

"The United States is taking such steps to save itself from the crises it is facing and its tarnished image among world countries," he noted.

The MP said that this agreement is also a US conspiracy because Trump wants to prevent the decline of the child-killing Zionist regime and also to present a good picture of himself before the US Presidential elections.

He reiterated that the Islamic Republic of Iran will back any measures to support the Resistance axis.

Bahrain on Friday agreed to normalize relations with Israel, becoming the latest Arab nation to do so as part of a broader diplomatic push by US President Donald Trump and his administration to further ease the regime's relative isolation in the Middle East.

Following the announcement at the White House, Palestinian officials have condemned the Israel-Bahrain normalization deal announced by US President Donald Trump as another "stab in the back" by an Arab state.