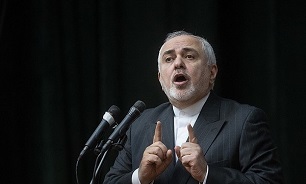 “The world says NO Security Council sanctions were restored. But Mr. 'We lied, We cheated, We stole' threatens to punish a world that refuses to live in his parallel universe. @realDonaldTrump should change tack before @SecPompeo further turns #MAGA (Make America Great Again) into a global laughing stock,” Zarif said in a tweet on Sunday.

Mike Pompeo said Saturday that all UN sanctions against Iran were “back in effect” under the so-called snapback provision in the 2015 Iran nuclear deal, formally named the Joint Comprehensive Plan of Action (JCPOA).

Pompeo said last month that he triggered a 30-day process at the council leading to the return of UN sanctions on Iran on Saturday evening that would also stop a conventional arms embargo on Tehran from expiring on Oct. 18.

But 13 of the 15 Security Council members say Washington’s move is void because Pompeo used a mechanism agreed under a 2015 nuclear deal between Iran and world powers, which the United States quit in 2018.

Washington argues it triggered the return of sanctions - known as “snapback” - because a UN resolution that enshrines the pact still names it as a participant. Diplomats say few countries are likely to reimpose the measures lifted under the 2015 deal.