TEHRAN (defapress)- The High Representative of the European Union (EU) for Foreign Affairs and Security Policy, Josep Borrell, started to self-isolate on Tuesday after one of his entourage tested positive for COVID-19, he announced on Twitter.
News ID: 82288 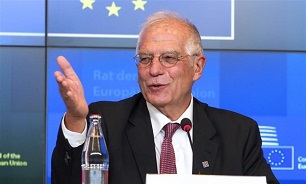 "I was informed this afternoon that a member of the delegation travelling with me and @JanezLenarcic to Ethiopia last week has tested positive for coronavirus," Borrell tweeted, Xinhua reported.

The high representative stated he tested negative upon his return on Sunday, but decided to self-isolate "in accordance with rules and will wait to do (a) second test".

European Commissioner for Crisis Management Janez Lenarcic who traveled with Borrell to Ethiopia last Thursday and Friday, tweeted, "Today I was informed that a member of my team, who was not on a mission to Ethiopia end of last week, has tested #COVID19 positive. In line with public health protocols I am self-isolating and working from home pending the 2nd test. I have no symptoms and feel well."

Lenarcic added, "In line with public health protocols, me and members of my team travelling to Ethiopia were tested before the visit and after returning to Brussels, all and on both occasions negative."

Top EU officials, including European Council President Charles Michel, European Commission President Ursula von der Leyen and European Parliament President David Sassoli, either had been or still are in self-quarantine for precaution against the coronavirus in recent weeks.