TEHRAN (defapress)- Chairman of the Iranian parliament’s National Security and Foreign Policy Commission Mojtaba Zonnouri confirmed that Habib Osivad, a ringleader of Al-Ahwaziya terrorist group, a Saudi-sponsored outfit that carried out the 2018 deadly terrorist attack in the Iranian city of Ahvaz, has been arrested and is under detention in Iran.
News ID: 82443 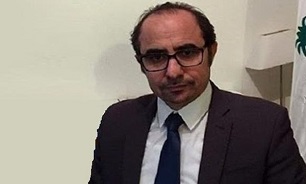 “Osivad is under interrogation of the Iranian security and intelligence forces,” Zonnouri was quoted as saying by ICANA (the parliament’s news agency) on Sunday.

He added that Osivad was detained outside Iran and was then transferred to the country.

“Certainly, the terrorist (Osivad) will be prepared for a fair trial after interrogation and completion of the case and he will be punished,” Zonnouri said.

Habib Chaab, also known as Habib Osivad is the former leader and the current vice-president of the Al-Ahwaziya terrorist group, which claimed responsibility for the September 2018 terrorist attack on a military parade in Ahvaz, Southwest of Iran, which killed 26 and injured 69 others.

The terrorists attacked the bystanders watching the annual Armed Forces' parades, marking the start of the Sacred Defense Week, commemorating Iranians' sacrifices during the 8 years of the Iraqi imposed war on Iran in 1980s, in disguise of the Islamic Revolution Guards Corps (IRGC) and Basij (volunteer) forces, killing and wounding several people, including innocent women and children.

None of the officials participating in the military parades in Ahwaz city in Khuzestan province was injured in the attack.

Last February, the Danish Security and Intelligence Service (PET) and the Netherlands police separately arrested and charged four members of an anti-Iran terrorist group on suspicions of spying for Saudi Arabia and plans to conduct terrorist attack in Iran.

Three members of the Arab Struggle Movement for the Liberation of Ahwaz (ASMLA) or al-Ahwaziyeh terrorist group carried out espionage activities from 2012 to 2018, PET said in a statement on February 3.

It said the three individuals “collected information about individuals in Denmark and abroad and passed on this information to a Saudi intelligence service," among other things.

A pretrial detention hearing is due on February 4.

In August, the Iranian Intelligence Ministry announced it has arrested Jamshid Sharmahd, the ringleader of an anti-Iran terrorist group based in the United States.

Sharmahd directed "armed operations and acts of sabotage" in Iran from the US, according to the Intelligence Ministry.

Following a complicated operation, the ringleader of the group, named Tondar (Thunder), was arrested and he is "now in the powerful hands" of Iranian security forces, it said at the time.

Also, in October 2019, the Intelligence Organization of Iran's Islamic Revolution Guards Corp (IRGC) had managed to arrest Rouhollah Zam, the administrator of counterrevolutionary website Amad News, in a neighboring country.

“Intelligence forces had been keeping a watchful eye on Rouhollah Zam’s movements for a long time and he stepped into the intelligence trap set by IRGC some two years ago. Ultimately, we were able to arrest him through cooperation with other intelligence services,” Second Brigadier General Mohammad Tavallaei, a high-ranking IRGC official, said at the time.

In June this year, Iran’s Judiciary sentenced Zam to death after he was convicted of corruption on earth.