TEHRAN (defapress) – Iranian Foreign Ministry Spokesman rejected the allegations, saying that a member of terrorist group of al-Qaeda has been assassinated in Iran.
News ID: 82530 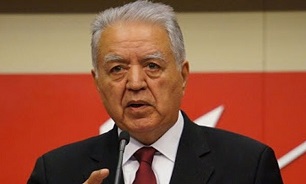 While rejecting allegations of assassination of an al-Qaeda operative in Iran, Saeed Khatibzadeh in a press briefing on Sat. turned down any presence of members of the group in Iran and advised American media outlets not to fall into the trap of Hollywood scenarios of the US and Zionist officials.

He went on to say that Al-Qaeda terrorist group is the brainchild of wrong and false policies of the United States and its allies in the region and added, “From time to time, Washington and Tel Aviv try to portray Iran as belonging to such groups by lying and leaking false information to the media in order to avoid responsibility for the criminal activities of this group and other terrorist groups in the region.”

Although the United States has spared no effort to raise such false accusations against the Islamic Republic of Iran in the past, this approach has become a permanent trend in the current US administration, and the White House has tried to take further steps to implement its Iranophobia plan by repeating such accusations, Khatibzadeh added.

Undoubtedly, such accusations are made in the context of a comprehensive economic, intelligence and psychological war against the Iranian people, and the media should not be a platform for spreading purposeful White House’s lies against Iran.