TEHRAN (defapress) – Iran’s new ambassador to Sana’a Hassan Irloo said the Yemeni people’s resistance against the relentless aggression by Saudi Arabia against the impoverished nation will continue until the final victory.
News ID: 82585 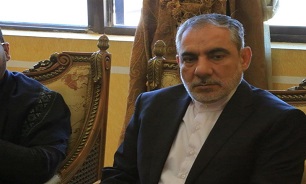 “Almost 6 years since the aggression against Yemen began, here is a comprehensive blockade that stifles the Yemeni people one day after another. There has been unspeakable destruction in the level of infrastructure. In return, the people's steadfastness and resistance continue until victory,” Irloo said in a tweet on Friday.

More than half of Yemen’s hospitals and clinics have been destroyed or closed during the war by the Saudi-led coalition at a time when Yemenis are in desperate need of medical supplies to fight the COVID-19 pandemic.

The United Nations has warned that Yemen could suffer one of the worst coronavirus outbreaks in the world.