TEHRAN (Defapress) - Deputy Commander of Iranian Army Air Defense said that a variety of flight tactics, using artificial intelligence, was carried out for the first time in the country in large-scale drone combat exercise.
News ID: 82863 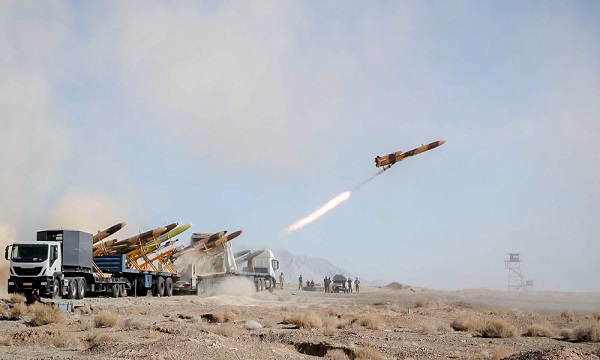 He pointed to the large-scale drone combat exercise in central desert of the country in Semnan province and added, “For many years, Army of the Islamic Republic of Iran had a very wide focus on improving the quality and use of UAVs. Relying upon the assistance of the Almighty God, we have achieved very high capabilities and capabilities in this regard.”

The brigadier general evaluated the salient achievements and experiences gained in a large-scale drone combat drill “very significant and successful” and added, “In the first priority, we managed to conduct a joint exercise between four forces of army with synergy and in this way, we managed to achieve good success in the field of drone operations.”

“Arash” suicide drone, which flew from a long distance and reached the training area, was able to hit and destroy its target with very high accuracy, he said, adding, “This drone flew for the first time from a portable cabin and was able to complete its mission well.”