US smuggles 80 trucks of oil, wheat from Syria to Iraq

TEHRAN (Defapress) - The American forces have reportedly smuggled 80 trucks of oil and wheat from Syria to Iraq.
News ID: 83330 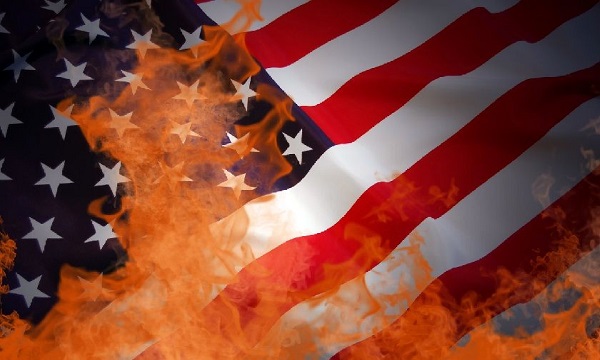 According to the Syrian news agency, SANA, Americans are looting Syrian resources.

Local sources in al-Hasakah province, in the northeastern corner of Syria, confirmed that US convoys carried Syrian oil and wheat to northern Iraq this morning.

A US convoy including 45 trucks and oil tankers was smuggled from northeastern Syria to northern Iraq, the same report confirmed.

Some sources also informed that 43 American trucks carried wheat from Syria to Iraq on the same day.