Leader calls on Iranian people to participate in election

TEHRAN (Defapress) - On the first anniversary of the inauguration of the 11th Majlis, Leader of the Islamic Revolution Ayatollah Seyyed Ali Khamenei is holding an online video conference with the members of the Iranian Parliament on Thursday.
News ID: 83396 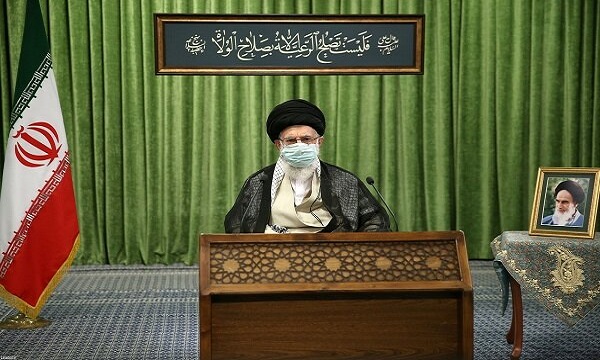 At the beginning of his speech, the Leader emphasized the importance of the upcoming presidential election, saying that the election is held in one day, but the effect lasts for several years.

The Leader addressed the Iranian nation, calling them to participate in the elections, consider the elections as their own, and ask God to help them choose a deserved and right one.

He also called on Iranians to ignore the words aimed at undermining the elections, saying, “ Someone who is sympathetic to the people does not prevent them from casting their votes.”

While strongly supporting the legal measures of the Guardian Council, Ayatollah Seyyed Ali Khamenei said that the presence of powerful and efficient managers, who solve the main problems of the country, is a key factor in increasing the participation of the people in the elections.

He also thanked the candidates who were not qualified, but they respected the decision of the Guardian Council.

He also spoke about the overall performance of Iran’s 11th Majlis in the past year. The parliament has shown in the past year that it is both hard-working, ambitious, and efficient, he stressed.

He also hailed the provincial visits of the Parliament Speaker, the heads of the commissions, and lawmakers, stressing that it is a very good move and should continue.

Be in touch with the people, the Leader told lawmakers, adding, it is a great success to stay with people.

“The advice I want to make is that you should be careful not to help your opponents with your actions or words”, the Leader also noted.

Advising presidential candidates not break the norms, and to observe Islamic ethics both in their debates and in their interviews, the leader called on the supporters of the candidates to observe the mentioned issues as well.

The majority of Iranians seek a president who has practical power, strong will, and who is efficient enough to solve the internal problems, in this regard the names, fame, and political parties of the candidates are not important to them.