TEHRAN (Defapress) - The Russian FM Lavrov said the interests of Iran and Turkey are considered when discussing unblocking of regional communications.
News ID: 83435 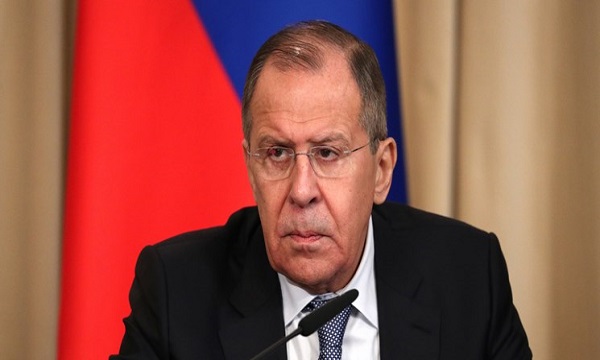 The statements made by the capitals of the countries involved in the Karabakh conflict and neighboring countries are often conditioned by emotions, the Russian Foreign Minister Sergey Lavrov announced at the Primakov Readings conference, TASS reports.

"We call on all those involved in this situation, however, to promote the establishment of peace and normal life of those who are in that land," Lavrov said.

He added that Russia is actively engaged in it through the efforts of its peacekeepers and the Ministry of Emergency Situations.

Also, the Russian FM noted that the activities of the Armenian-Russian-Azerbaijani trilateral working group on unblocking regional communications are also dedicated to this matter. "The effectiveness of the activities of the tripartite working group will be determined first of all by the extent to which this unblocking will directly help improve people's lives," Lavrov said.

"Both the interests of Turkey and the interests of Iran are unequivocally taken into account in these trilateral debates. Otherwise, that whole unblocking will not have the maximum result."

Furthermore, Sergey Lavrov stated that the activities of the Russian-Turkish center for peace monitoring in Nagorno-Karabakh are a very useful and stabilizing factor.