TEHRAN (Defapress) - Attended by the officials of the Afghanistan government and the Taliban political leaders, the second day of intra-Afghan talks began on Thursday at the Institute for Political and International Studies.
News ID: 83554 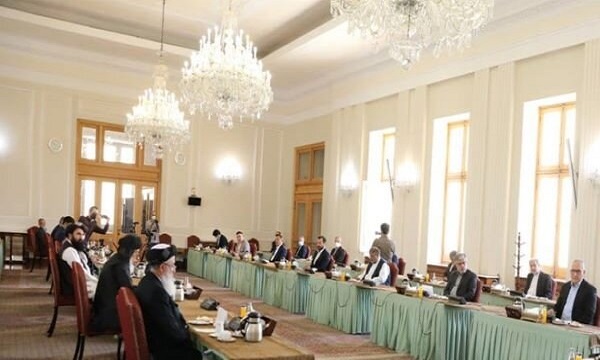 In a tweet on Wed., Iran’s Foreign Minister Zarif wrote, “Honored to be the host of cordial & substantive dialog between senior Afghan reps.”

“As foreign forces leave Afghanistan; no impediment remains for Afghans of all political stripes to chart a peaceful & prosperous future for the next generation. Iran stands with our Afghan brethren.”

On Wednesday, the Islamic Republic of Iran hosted an intra-Afghan meeting in Tehran. The meeting was held in the presence of the officials of the Afghanistan government and the Taliban political leaders.

In this meeting, Iranian Foreign Minister Mohammad Javad Zarif expressed the readiness of the Islamic Republic of Iran to support the process of inter-Afghan peace talks in order to resolve the current conflicts and crises in Afghanistan.

In this round of talks, the delegation of the Islamic Republic of Afghanistan is being chaired by Yunus Qanuni, the former Minister of Foreign Affairs of Afghanistan, and the Taliban delegation is being headed by Mohammad Abbas Stanekzai, the deputy head of the Taliban’s political office.