Iran reiterates call for lifting of inhuman blockade on Yemen

TEHRAN (Defapress) - An advisor to the speaker of the Iranian parliament has praised Sweden's humanitarian efforts to help resolve the crisis in Yemen, stressing that lifting the blockade on Yemen would be a positive step in building confidence.
News ID: 83581 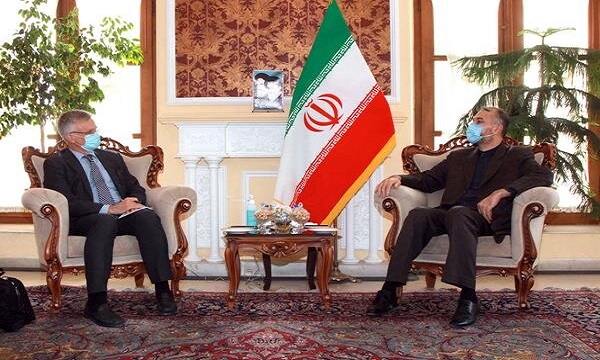 Iranian Parliament Speaker's Special Aide for the International Affairs Amir-Abdollahian made the remarks in a meeting with Sweden's Special Envoy for Yemen Peter Semneby in Tehran on Wednesday.

At the start of the meeting, Amir Abdollahian pointed to the historical, religious and cultural relations between Iran and Yemen, and said, "The Islamic Republic of Iran has always wanted to resolve the problems of the country through politics."

The Iranian official further touched upon Sweden's humanitarian efforts to help resolve the crisis in Yemen, adding, "I hope the new representative of the UN Secretary-General for Yemen, who is Swedish and has diplomatic experience, focuses the efforts on lifting the humanitarian blockade, the ceasefire and the political process based on the realities [on the ground] and with looking at all the original Yemeni sides."

Amir Abdollahian also pointed out that, "The crisis in Yemen can only be resolved through politics and ending the aggression."

The Iranian advisor also criticized the arms support of the United States and some European countries and blamed it for escalating the war, intensifying famine and crisis in this country.

Peter Semneby, for his part, appreciated Iran's constructive stance in the peace and stability process in the region and said "Resolving the Yemeni crisis requires a joint and significant effort."

He called for the stepped-up active participation of the groups involved in resolving the crisis.

"Dialogue and engagement between the groups involved in Yemen would lead to peace and stability in the country," the diplomat also said.

Sweden's envoy for Yemen's affairs considered the responsibility of the international community towards this crisis to be important and effective.