TEHRAN (Defapress) - Taliban spokesman Zabihullah Mujahid said that the US had already evacuated parts of Kabul airport and those areas are under Taliban control now, announcing that the group intended to take full control of the airport.
News ID: 83742 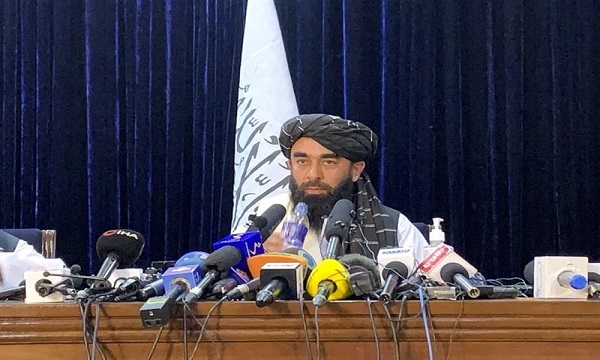 Mujahid has told NHK the group has taken control of parts of Kabul's international airport that were vacated by the US military.

He made the comment on Sunday, two days ahead of the August 31 deadline for the ongoing US troop withdrawal from Afghanistan.

Ankara had previously offered to secure Kabul airport on several conditions following the withdrawal of US troops, but Taliban spokesman Zabihullah Mujahid said that we are looking for good relations with Turkey but do not want to observe Turkish troops in Afghanistan.

"We are looking to complete pullout of foreign forces from the airport to take full control," the Taliban official said.

Suhail Shaheen, the Taliban's political spokesman in Qatar, also rejected the creation of a safe zone (a British-French proposal) in Afghanistan, calling it unnecessary.

According to the Taliban’s ultimatum, foreign troops must leave Afghanistan by the end of August 31, 2021.