TEHRAN (Defapress) - "Now that the West has taken a 'dictator's position', our economic ties with China will grow even faster," according to the Russian foreign minister Sergei Lavrov on Monday.
News ID: 84182 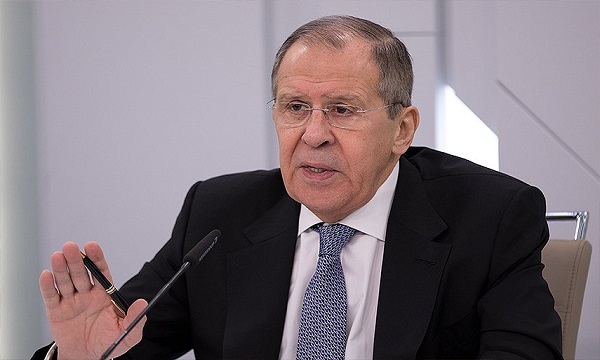 Sergei Lavrov, in a question and answer session at an event in Moscow, said Western countries had espoused "russophobia" since Russia launched its military operation in Ukraine.

Russia was working to replace goods imported from Western countries, he said, according to Reuters, adding that in the future, Russia would rely only on "reliable" countries not beholden to the West.

"If they (the West) want to offer something in terms of resuming relations, then we will seriously consider whether we will need it or not," Lavrov said, according to a transcript on the foreign ministry's website.

Lavrov set down grievances with Western countries that he said were determined to change the rules of international relations to Russia's detriment.

"We must cease being dependent in any way on supplies of absolutely everything from the West for ensuring the development of critically important sectors for security, the economy or our homeland's social sphere," he said.

"Now that the West has taken a 'dictator's position', our economic ties with China will grow even faster," Lavrov said.

"In addition to direct revenue for the state budget, this is a chance to develop (Russia's) far east and eastern Siberia."

China, he said, had information and communications technologies "that are in no way inferior to the West. A great deal here will ensure mutual benefits."

Lavrov said Russia would count on "only ourselves and on countries which have proved themselves reliable and do not 'dance to some other piper's music'. If Western countries change their minds and propose some form of cooperation, we can then decide."