Iran's security out of enemies' reach

TEHRAN (Defapress) - The commander of the IRGC Major General Hossein Salami said that the Iranian armed forces will not allow the enemies to even come near Iran's borders.
News ID: 84265 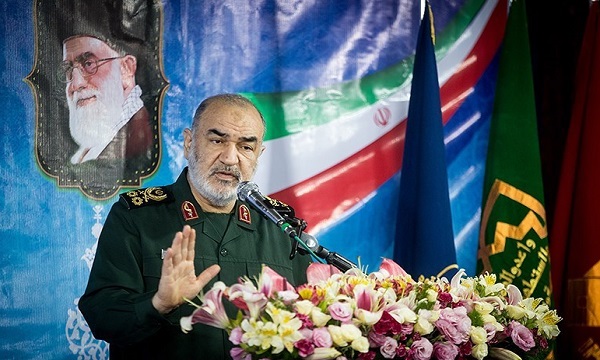 "We must create security rather than preventing insecurity," the IRGC Commander-in-Cheif said at a ceremony at the IRGC Sarallah Headquarters in Tehran on Monday.

The commander added that generating security would mean that security should be so high and deep-rooted that nothing and nobody could interrupt and undermine it.

He also noted that the enemy tries to turn the people against the government in Iran and has waged big psychological warfare targeting the people’s minds.

Salami also stressed the need for all apparatuses to intensify their efforts in order to generate security so that people can see the result of their efforts for themselves.

The IRGC chief went on to point out that through serving the people and people's support for the government, the enemies will not be able to endanger or undermine the country's national security.