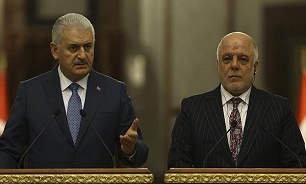 According to Anadolu, A Turkish prime ministry source said on Wednesday that the two leaders discussed the developments regarding the referendum in the Kurdish Regional Government (KRG) as well as bilateral relations between Iraq and Turkey, and regional issues.

Monday’s controversial referendum had faced wide-spread opposition from most regional and international actors, many of whom had warned the poll would further destabilize the region and distract from the ongoing fight against ISIS.