Interim Government did not want to be the formation of the Corps in Syria/Holy help us many strong reasons for/don't Motevaseliyan martyrdom.
News ID: 66245

Imam said that the width you order the Corps to be formed under the provisional Government, but this is not because the Revolutionary Guard Corps, the temporary Government is not focused on the formation of the Corps and now this organization has the turmoil situation. What the Imam commented? I offer the following comments of the Council of the revolution. Imam was happy and OK, and he said, "would be the Revolutionary Council of the revolution.

PAL friend who now is the spring of 76 died, two memoirs in the book "red and blue for cutaneous say» to publish his memoirs, but has no doubt over these two volumes is that some of her memories, but that is in his mind with another to be Won.

PAL friend who at the time of sacred defense, "Haj Mohsen was known and still likes, others with this sound, as his memories and the very letter of the first days of the formation of the Nabi corps until today; his powerful institutional scope of regional and global effect, but. He also has many words related to self-sufficiency in the field of defense industry.

«Haj Mohsen» days of front and the war the responsibility of the Ministry of the Revolutionary Guard Corps and was responsible, along with the "brother Mohsen» (major general Mohsen Rezai) and other revolutionary brothers, the design and management of operations that today they are commanders and older in the green dress with the safeguarding and the title of" General "are D. fellow friend Sardar says: proud to have pasadarm and every time I find the presence of armed forces in may, the National Green tons.

More, the second part of our interview with fellow guards Commander Brigadier General Mohsen "friend" the Minister in the era of the Holy defense:

Defapress:when the press corps is formed, where you arrive and what role you have in the founding of the Corps?

Martyr Mohammad Montazeri friend: PAL before entering to the Imam to his promise and came to the welfare of the school is the first with whom he spoke, I was and he said that the revolution is winning, and now also of the army against ours and he is fighting and I do Not that the army did not remain after the revolution or of the Islamic revolution for himself but require a guard, so must the thinking of forming this guard.

Gentleman by the name of the Brotherhood as the streets of Iran that the top floor it MH Montazeri. Montazeri's home every night it held meetings with a number of people that some nights, also went to the meeting of the servant, but because in schools, welfare and had less responsibility in the murders of sessions I attend.

The story of the formation of the Corps in the first days of the revolution.

Martyr Montazeri was established meetings until a provisional Government was formed after the Islamic revolution. Provisional Government sleight, because organizational visibility outside the supervision he is taking; therefore a letter to Imam based on "the formation of the Islamic revolution Guards Corps» under temporary administration following the Imam also wrote a letter to Mr. lahouti wrote that as you go give up the servant Corps representative.

Everyone wanted to see me must follow I ran because I work so much and always had two. Arrest warrant and take the military centers and gave one of the school's classes and was the number one class that Alavi, third floor, has turned into a prison for the welfare of the school. The leaders of the imperial regime that we have arrested, imprisoned in right around there.

Seven of the past eight days, which was the Holy of Qom, Ayatollah came to Tehran and I ran the sound and said what I said, before I went, I said go, gentlemen of the Haj Mohsen and from his work. I also said if you give the prison that he wrote for the law and the prison. 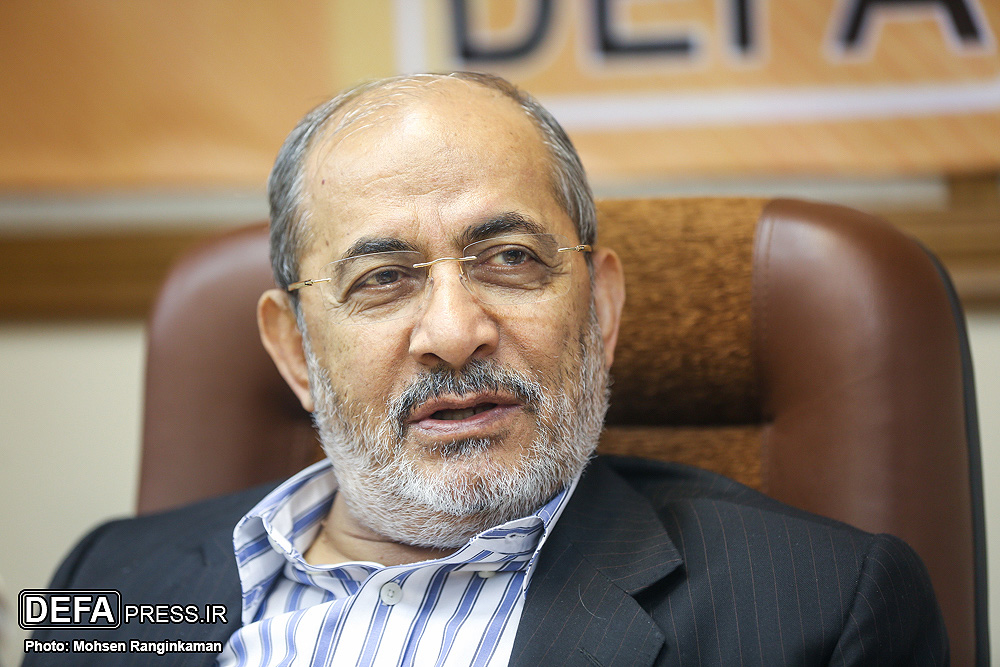 The Council of the revolution, they go to the Corps.

The same day that the letters to the school was the ninth day reached the port of March was 57 years. Some say that the Corps is composed of 58 on April 2 but the ninth Imam of the day March that sentence addressed to Mr. lahouti. In this I saw that Shahid, Shahid beheshti, motahhari, Rafsanjani, Mousavi ardebili deceased decedent and the leader were together on the stairs were a sound that reminds me of the school murders. They now have the Imam ordered the formation of the Corps, you will that you do things to others and bsper Corps go. Abbas Abad garrison in the Corps Headquarters.

I went to Abbas Abad garrison, when I got there, I saw some of the men who sat around sabaghian, tehranchi and knowledge I can. Many of their members also left the Islamic Association of overseas students who were the forces of good. I signed up, take a look at my friends and then I wrote on a tab: "In the name of God

The revolutionary guards were formed. One. M. PAL friend And I gave to the people tab, next to the hand and write your name, the order said. The names were written and then choose which was the Commander of knowledge, Mr. Hasan Jafari and logistics personnel, research I.

Ourselves to ourselves the sentence. After I got the officer corps for the compact location of the headquarters.

From the very first days, we realized that our water in a provisional Government with Joey. The late Ibrahim Yazdi, the then Deputy Prime Minister in the Affairs of the revolution was that the revolutionary guards are also reporting to him. A night with gharazi and a few others went to the Prime Minister that we meet up with Yazdi 2 after midnight us time and gave the meeting found that the provisional Government have had to request the formation of Corps

Imam said, would be with the Revolutionary Council of the revolution

Early April, 1977, I, Mrs. Tanner went to Qom gharazi and to meet with the Imam. When we first got the civil service was Ayatollah Imam, then the leaders of MKO members, including Massoud Rajavi had a meeting with the Imam and the next was our turn. The Ayatollah came out that civil, I quickly went inside the room and serve them, I said, it's that they want to meet with you and zdanghlaband are not Muslims, "the Imam, he said, should come and ultimatum." went inside the room and visiting 's time was too short and then we got to serve Imam. 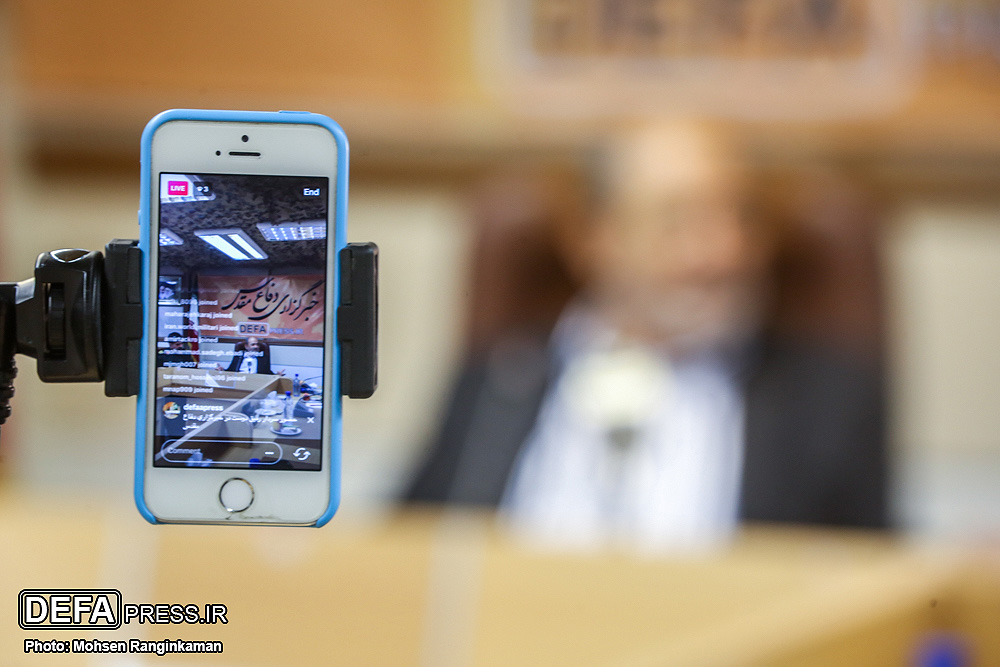 The four working groups reporting to the state trooper that was a temporary one. One was Mohammad Montazeri, who was a University guard who was also with them, Shahid Hatter. This Trooper was formed that Montazeri, "pasa" (revolutionary guards). A large force attracts and also had issued cards to them. Arrest warrant issued for arms and gather together. Ayatollah Montazeri, in relation to the martyr beheshti.

The other group Abosharif and his companions Abosharif associated with Ayatollah Mousavi ardebili, the garrison was taken by jamshidiye and training of forces there. Mohammadzadeh, Mansouri and Mirsalim were members of the Abosharif group.

One day, Mohammad montazeri, and abusharif were to guard the building known as the reign of the fallen was invited. Imam said that the sentence for the formation of the Corps is our hands and you spahtan not legal but the original Trooper's you and let's get one step and it also accepts.

Of every four home guards here were selected for three people and we also informed the matter to the Council of the revolution. The new commander was chosen in the next sessions, "Javad Mansouri was the first Corps Commander and servant" is also responsible for the logistics Corps. Provisions as well as the President of the Council Martyr beheshti revolution.

The new commander was chosen in the next sessions, "Javad Mansouri was the first Corps Commander and servant" is also responsible for the logistics Corps.

Provisions as well as the President of the Council Martyr beheshti revolution. Not related to that theorem is a four-session I. It’s not accepting Martyr Montazeri at the meeting and also the word Abosharif. I do not accept it if I said that meeting, with the Colt first you can draw and then myself. 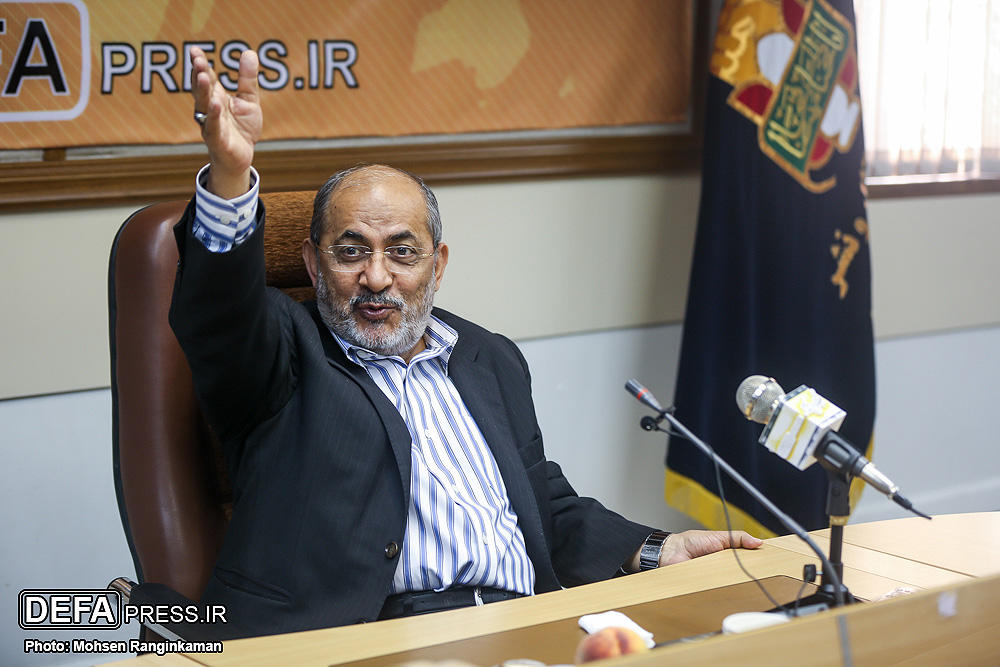 We were ready to fight Israel in the year 61

Defapress: in past years the talk was hot again and a. Motevaseliyan the attention of the media and social network users. Given that you're in it the day that Motevaseliyan leaves Beirut, the Syrian presence in you and, in this regard.

after Israel's Lebanon, Khorramshahr was invaded and put on it was we go to help Lebanon with Israel ' fight. So first I went to Syria and servant with Hafez Assad talked and told us if we work, should the garrison and at our disposal.

Ready for war with Israel in the year we had 1981.

After returning to Iran, he went back to Syria with Mohsen Rezaei and Sayed Shirazi, and even visited Lebanon. 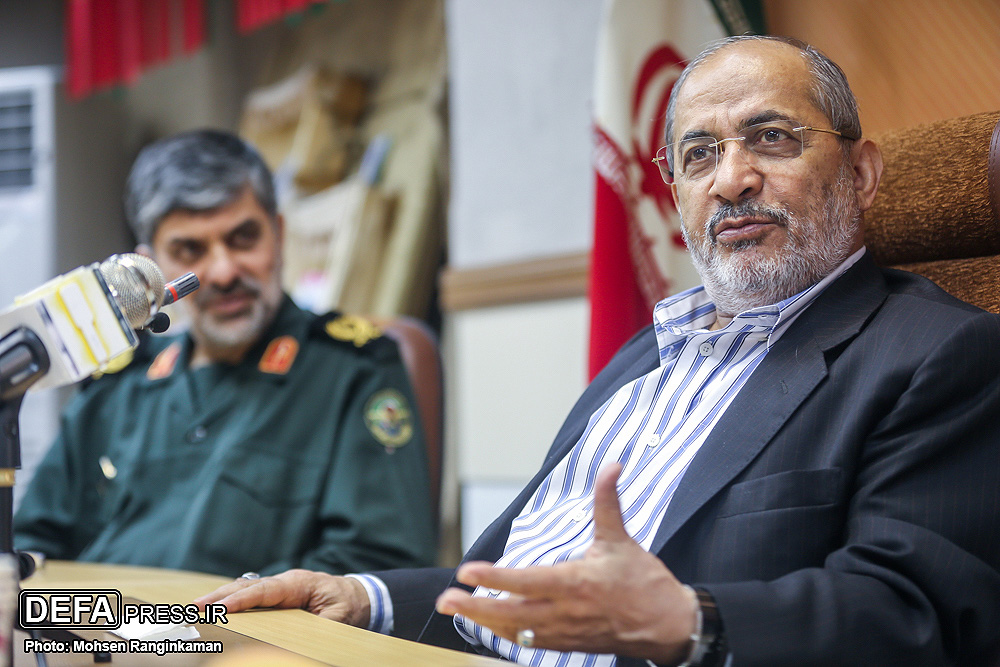 There are no solid reasons for the testimony of the Motevaselyan and their companions.

I have a garrison in zabdaani , Syria and a garrison in Lebanon and it will equip garrison. The time of the Armada and the Syrian Government facilities amenities. Then we come to know that forces the brother Mohsen and were returned.

A Boeing 747 that had taken his seat, full of ready combat forces and combat and dress gun came with Syria. The plane stopped in Syria airport, I went to the inside of the plane Motevaseliyan  is a speech. He said: we come

Here's to the foot of Mount Zionfight with Israel. The first group to dispatch a second aircraft of the military forces, and Irani also landed.

We had to be able to start a war, we've designed that way, "he said, Imam of Al-Quds from the Karbala passes." I immediately came to the I Corps, serving the Imam and also let the session. It was supposed to be a trooper that can give training to stay in Lebanon and the rest of the return of about 200 people as in Syria.

Mr. Moussavi , Ahmad motevaseliyn  and charge d'affair of the Iran in Beirut and the other

Bush to the United States after the attack, one of the analysts said that as the Americans of the need to have a presence in the area the war so that they fight with themselves. Thus was formed, and Ms. Clinton daesh said that we have 4 billion to create cost daesh.

All were in the target area, it was up to the Israelis who are getting choked, for it was found that Syria and Iraq later went to their interpretation of the morphing to Shiite Crescent.

Well before the arrival of Government warnings to Iraq, daesh this country and said that the army is not significant to the trust until daesh are a major part of Iraq, and has 40 kilometers of Baghdad also went ahead. But on the last trip I went to Iraq, Hadi Alameri told me that the people of Iran to say that if it wasn't Sir command and Qasem Soleimani and not Sunday, today is a lack of any of the brick in.