China Says War Must Not be Allowed on Korean Peninsula

TEHRAN (defapress) - War must not be allowed to break out on the Korean peninsula and the issue must be resolved through talks, Chinese President Xi Jinping said on Thursday, while UN Secretary-General Antonio Guterres warned of the danger of “sleepwalking” into conflict.
News ID: 67501 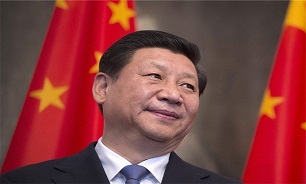 Xi made his comments to visiting South Korean President Moon Jae-in just days after US Secretary of State Rex Tillerson offered to begin direct talks with North Korea without pre-conditions.

But the White House said on Wednesday that no negotiations could be held until North Korea improved its behavior. The White House has declined to say whether President Donald Trump, who has taken a tougher rhetorical line toward North Korea, approved Tillerson’s overture.

Russian President Vladimir Putin said Tillerson’s offer of direct contacts with North Korea was “a very good signal”, while warning that a US strike on the North would have catastrophic consequences, Reuters reported.

North Korea tested its most advanced intercontinental ballistic missile on Nov. 29, which it said could put all of the United States within range, in defiance of international pressure and UN sanctions.

The United States has said all options were on the table in dealing with North Korea, including military action.

While South Korea and China share the goal of getting North Korea to give up its nuclear weapons and stop testing increasingly sophisticated long-range missiles, the two have not seen eye-to-eye on how to achieve this.

Meeting in Beijing’s Great Hall of the People, Xi told Moon that the goal of denuclearizing the Korean peninsula must be stuck to, and war and chaos cannot be allowed, Chinese state media said.

“The peninsula issue must, in the end, be resolved via dialogue and consultation,” Xi was cited as saying.

China and South Korea have an important shared interest in maintaining peace, and China was willing to work with South Korea to promote talks and support North and South to improve relations, Xi said.

South Korea’s Yonhap news agency said Xi and Moon agreed war on the peninsula would not be tolerated and they would cooperate in applying sanctions and pressure on North Korea.

The apparently warm tone of their talks followed nearly a year of tense relations between the two countries.

China has been furious about the deployment of the US-made Terminal High Altitude Area Defence (THAAD) anti-missile system in South Korea, saying its powerful radar can see far into China and will do nothing to ease tension with North Korea.

China and South Korea agreed in October to normalize exchanges and move past the dispute, which froze trade and business exchanges.

Xi reiterated China’s position on THAAD and said he hoped South Korea would continue to “appropriately handle” the issue.

Guterres, speaking to reporters in Tokyo after meeting Japanese Prime Minister Shinzo Abe, said Security Council resolutions on North Korea’s nuclear and missile programs must be fully implemented by Pyongyang and other countries.

“Security Council resolutions must be fully implemented, first of all by North Korea, but by all other countries whose role is crucial,” Guterres said.

He said he expected a meeting of the UN Security Council on Friday would deliver a strong expression of unity and the need for diplomacy to resolve the issue.

“The worst possible thing that could happen is for us all to sleepwalk into a war.”

Japan says now is the time to keep up pressure on North Korea, not start talks on its missile and nuclear programs.

China and Russia, however, have welcomed Tillerson’s overture.

Russian President Vladimir Putin said a US strike on North Korea by the United States would have catastrophic consequences and he hoped to work with Washington eventually to resolve the crisis on the Korean peninsula.

Russia does not accept North Korea’s nuclear status, Putin told a news conference. But he also said some US actions had provoked North Korea.

“We believe the two sides should now stop aggravating the situation,” Putin said.

North Korea justifies its weapons programs as necessary defense against US plans to invade. The United States, which has 28,500 troops in South Korea, a legacy of the 1950-53 Korean war, denies any such intention.

The North’s state news agency KCNA said Trump was taking a big step towards nuclear war in seeking a naval blockade and North Korea would take “merciless self-defense” measures if the United States tried to impose one.

North Korea would regard a naval blockade as “an act of war” and a “wanton violation” of its sovereignty and dignity, the agency cited a foreign ministry spokesman as saying, adding that North Korea was a responsible nuclear power.

White House National Security Adviser H.R. McMaster said in September that even military options short of a preventative strike, such as a naval blockade meant to enforce sanctions, carried risks of military escalation.