The head of the Armed Forces Communications Office said the Army's navy has technically and knowledge management capable of building an aircraft carrier and battleship of 200 meters in length.
News ID: 67566 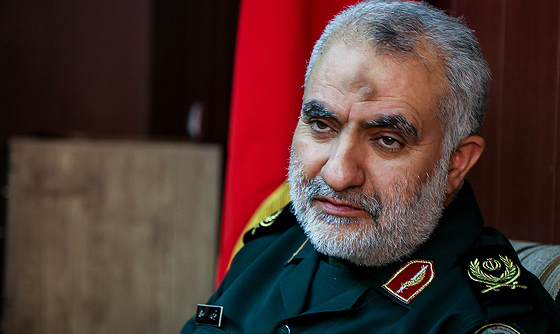 The guards Commander Brig. Abbas three reviews» the head of the Office of communications of the armed forces in a ceremony unveiling of the five book titles that ndaja this morning at Naval headquarters, held this year, with weekday study stated: this week marks the platform writers and thought that a significant share in the improvement The country.

He added: the Army Navy in the field of writing effective steps taken so far and today also will release the title 5 of this title with 3 titles with Dear discourse Imam Khamenei in the sea.

The head of the Office of communications of the armed forces by stating that the concern has always been to provide a strategic naval domain as we have emphasized: wanted in this respect is that the educational aspect of authoring a book and have a strategic theme being the Navy, thus explaining the difference between the naval aspect of the Guide Non-specific strategic, with DVD and notice what causes that the graduation ceremony of the Naval Commander spoke about strategic and how can be found in the hands of the Navy strategic depth of the seas and oceans have active presence and operational, so this map cause concern A book in this area, and of course before that Conference was held with the title as well.

He is with the question of strategic naval withdrawal? Strategic marine force said the force is a vital national interest of the country and in areas of the country that are sensitive to ndaja on this basis must be the first attribute; special work the national macro manipulated, second tactical measures ndaja in dimension of tangible monuments national, inclusive in the presence of the third ndaja Various locations and is based on need and the threat can be everywhere and being in the presence of the regional and international dimensions of international law enforcement special work and help people.

The head of the Office of communications of the armed forces said the army was the first force that Jihad for self-esteem in it to command Commander took shape, namely in terms of the need for the process of the air force and later of the nhaja to the land force, Marine Corps, and later extend non-Department of Defense.

He built the jamaran destroyer represents ndaja and Jihad for self-esteem capabilities, adding: it is not possible to say aliens running Russia and up to three days after the incorporation of the destroyer in the silence of the great shock at the news and had gone down.

Brigadier General with three refers to the ability that there is today in the Navy, said: If the Government does not supply the necessary budget today ndaja self-sufficiency in terms of Jihad and technical knowledge management capabilities based on achieved it is able to wagons with a length of 200 meters and are needing to even be able to build a battleship This aircraft is also very proud to state that in the era of the great degree of American capitalists and mstsharan taghot on the artshsh rule.