Russia Says Technical Error Cause of Plane Crash in Syria

TEHRAN (defapress) – A Technical error is the most likely cause of a recent plane crash in western Syria that killed all 39 Russian servicemen on board, the Russian military said.
News ID: 69056 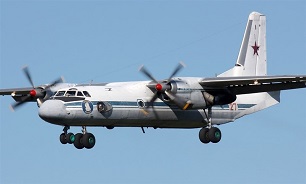 In a statement, the Russian military said that the plane was not shot down, noting that the crash occurred after a technical error, Reuters reported.

The Russian Defense Ministry said Tuesday’s crash of the An-26 military cargo plane occurred just 500 meters from the runway of Syria’s Hemeimeem military base.

Russia’s Defense Ministry also said that 33 passengers and six crew members were on board the plane when it crashed while landing in the airbase in the western Syrian province of Latakia.

"On March 6, Russia’s Antonov-26 transport plane crashed at about 15:00 Moscow time as it was about to land at Hmeimim airdrome... Nobody survived," the ministry's statement said.

Russia has maintained military presence in Syria since late 2015, when Damascus asked Moscow to intervene in the war on terror in the country.

It was the second Russian military plane to crash in Syria this year, after a Su-25 ground attack jet was struck by a portable air defense missile over northern Idlib province last month.