Iran's DM: US Needs to Learn from Past Mistakes

Iranian Defense Minister Brigadier General Amir Hatami blasted the US for its continued animosities against the Islamic Republic, and said that the American officials should take lesson from their previous unacceptable performances.
News ID: 70389 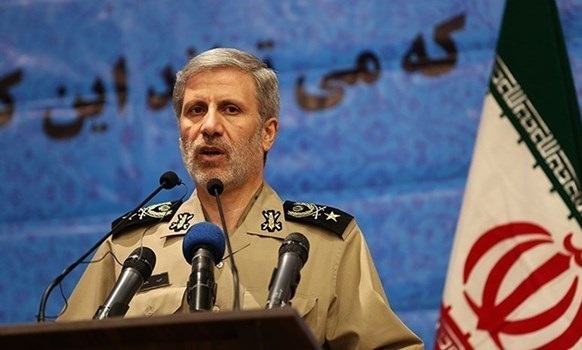 TEHRAN (Defapress)- "The Iranian people are unified against the US and the enemies should understand that their hands will be cut off," the Iranian Defense Minister said.

"We learned from eight years of war with Iraq that we have no option except to remain independent and supply our military appliances," Brigadier General Hatami added.
The Iranian Defense Minister underlined that Iran's military might is to maintain security of the people in the region.

In relevant remarks on Saturday, Brigadier General Hatami blasted the US officials for their continued hostilities towards the Islamic Republic, and said that the country's Armed Forces will continue to resist against Washington's enmity.

"We will continue walking the road to resistance and the future is certainly ours, as we are a noble nation and will remain so under every condition," the Iranian Defense Minister said.

Also on Friday, Head of Iran's Army Center for Strategic Studies Brigadier General Ahmad Reza Pourdastan underlined that the Islamic Republic will not start war against any country, but will certainly firmly defend itself against any foreign aggression.

"Iran will not be the first country to start a war, but it will vigorously defend itself against external threats," Brigadier General Pourdastan said.

He underlined that Iran’s Armed Forces’ military doctrine is formed based on deterrence and defense.

"We are not looking for dominance over any other country, but we will confront the enemy's threats anywhere, and will try to enhance our defense capabilities," Brigadier General Pourdastan said.