After agreeing on military cooperation in 2017 when 25 bloc members signed a defense pact, a smaller circle of EU members are going to take formal steps to create the European Intervention Initiative, as the force is designed for responding to natural disasters, crisis intervention or the evacuation of Europeans.
News ID: 70925 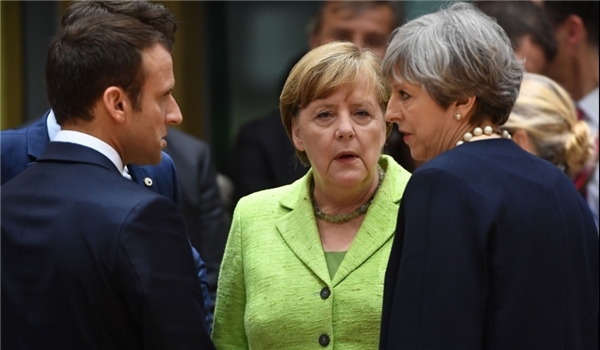 TEHRAN (Defapress)- France’s Defense Minister Florence Parly has told the French newspaper Figaro that her country, Germany, Belgium, Britain, Denmark, the Netherlands, Estonia, Spain and Portugal are to sign a letter of intent for the creation of a joint military intervention force on June 25.

According to a source close to a French top official, the goal of the initiative is "joint planning work on crisis scenarios that could potentially threaten European security".

While some EU tactical interventional groups exist in principle, so far they have never been used.

Since the proposed force, known as the European Intervention Initiative, would stay separate from other EU defense cooperation programs, Britain, which has always resisted the idea of an “EU army”, will be able to take part even after it has left the bloc.

"This is clearly an initiative that allows for the association of some non-EU states. The UK has been very keen because it wants to maintain cooperation with Europe beyond bilateral ties," the French top military official told the newspaper.

According to Parly, Italy, which presently remains outside the Intervention Force group, was “also considering the possibility of joining".

The initiative to set up a European military intervention force, which could be rapidly deployed in the event of a crisis, were introduced by France’s President Emmanuel Macron in September 2017.

At the end of 2017, 25 of the bloc's member states signed a joint declaration calling upon the European Council to adopt a decision establishing a Permanent Structured Cooperation (PESCO) on defense. This would allow Europe both to increase the volume of investments on military technology and step up the level of coordination in this area within Europe. The commitments, confirmed by all the states except Britain, Denmark and Malta, include a “successive medium-term increase in defense investment expenditures to 20 percent of total defense spending in order to fill strategic capability gaps”, and “increasing the share of expenditure allocated to defense research and technology with a view to nearing the 2 percent of total defense spending”.

However, such initiatives encountered criticism from the UK as the country has repeatedly warned that common defense forces could undermine NATO.